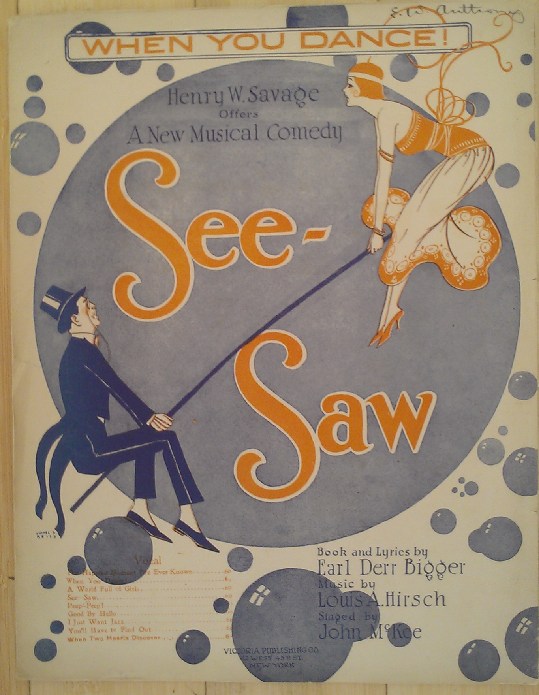 Sheet music to the song "You'll Have to Find Out" with book and lyrics by Biggers and music by Louis A. Hirsch. "See-Saw," Biggers' sixth play, opened September 23, 1919 and ran for 89 performances. Later in 1919 Biggers co-authored another play, "Threes a Crowd," with Christopher Morley. His last production, 1924's "The Ruling Passion," premiered the year before the author created the immortal Charlie Chan. An uncommon item