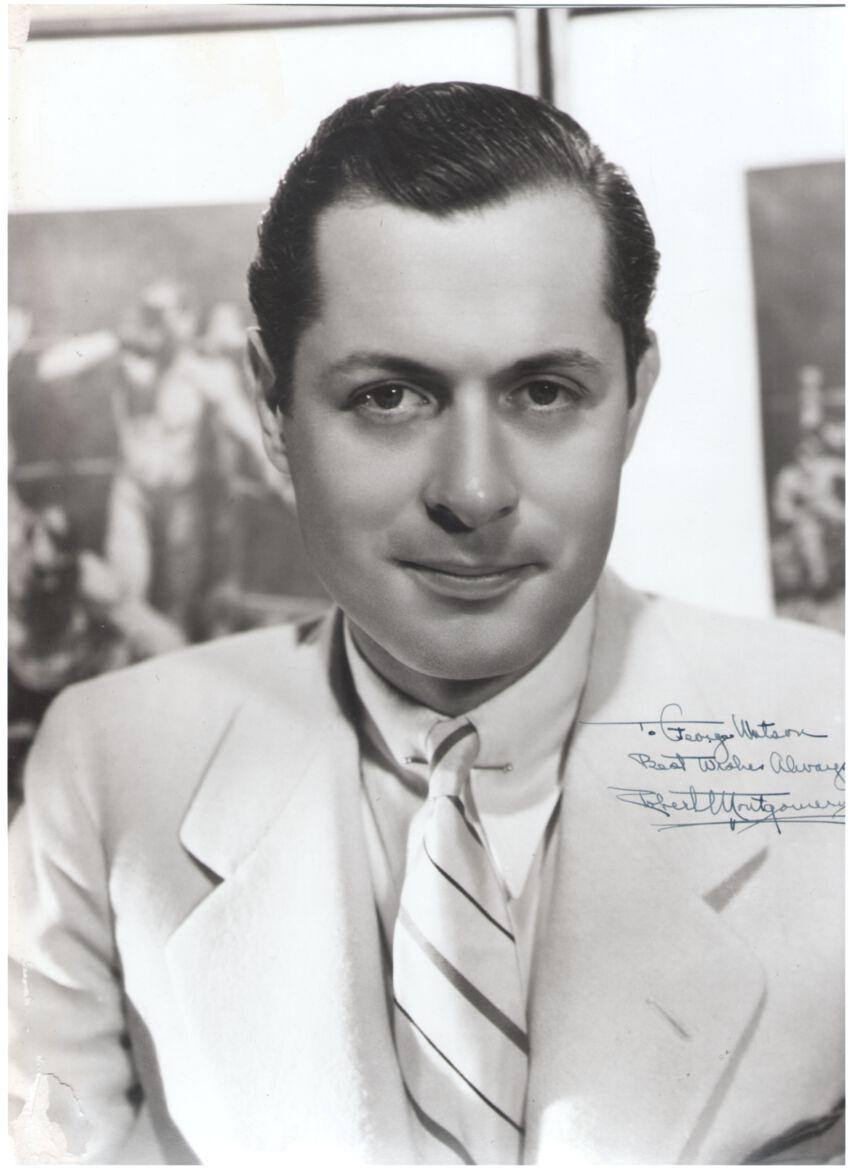 Montgomery (1904-1981) began his acting career in 1929 and has the distinction of having played both Lord Peter Wimsey in 1940 ("Haunted Honeymoon" based on BUSMAN'S HONEYMOON) and Philp Marlowe in 1947 ("Lady in the Lake"). He also directed and starred in one of the great film noirs of the forties, "Ride the Pink Horse" (1947) based on the Dorothy B. Hughes novel. Watson was a member of the notable Watson family of photographers that has flourished in Los Angeles for nearly a century. He was one of the first staff photographers at the Los Angeles Times and covered notable stories throughout the twenties