Condition: One of 1050 numbered copies (#57) SIGNED BY THE AUTHOR. Near fine in a good slipcase. Includes an original typed manuscript page with the author's penciled corrections

Condition: One of 1000 numbered copies (#980) SIGNED BY THE AUTHOR. Two volumes, fine in VG Dust Jackets a bit browned on the spines in the publisher's good pictorial slipcase with wear along edges and split along one edge. Volume 2, the appendix, contains ancillary material, none of which was available in the regular trade edition

Roberts's most celebrated historical novel of the American Colonial period, the basis for a memorable film by MGM in 1940
View More...

Condition: Two volumes, near fine (issued without Dust Jackets), missing the slipcase. Number 544 of 1050 copies SIGNED AND NUMBERED BY THE AUTHOR

The American Revolution from the Loyalist point of view
View More... 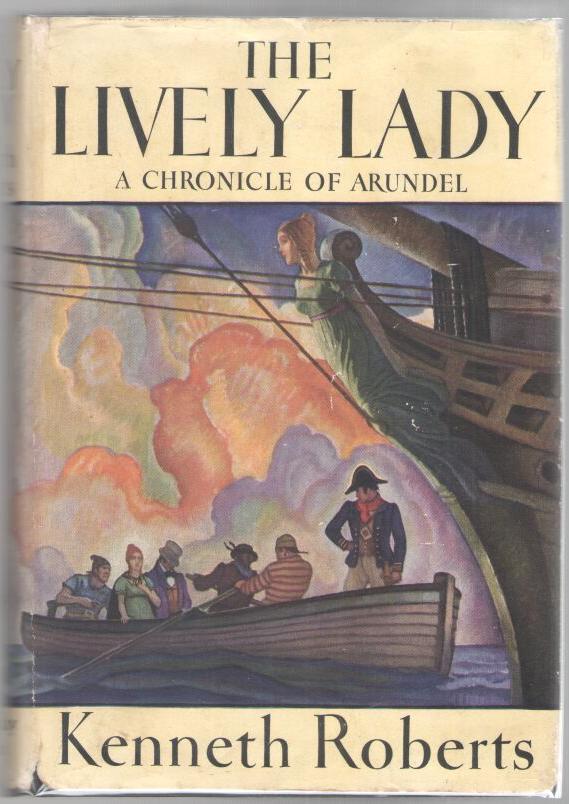 Condition: VG+ copy in a VG+, price-clipped Dust Jacket that is from a slightly later printing. SIGNED BY THE AUTHOR on the title page: "With the Best Wishes of Kenneth Roberts, Kennebunkport , Me., August 19, 1931." Previous owner has also penned his name nearby. First edition stated 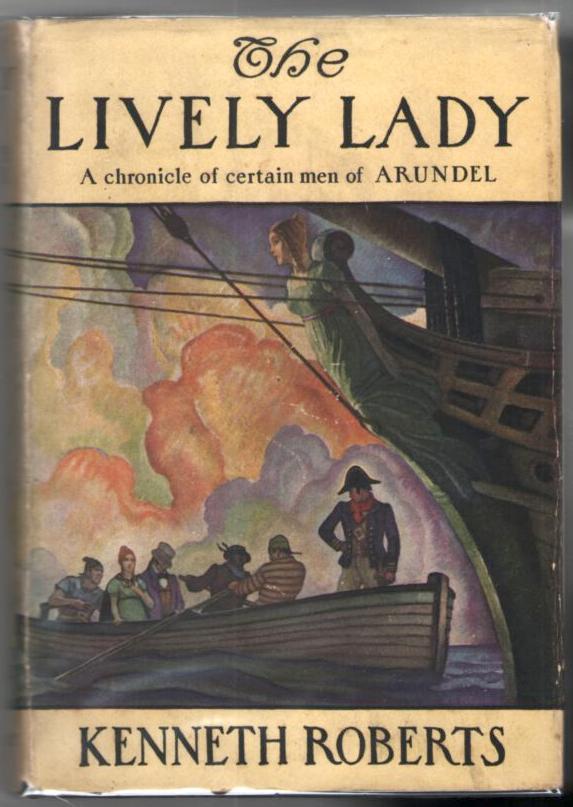 Condition: Just a hint of wear at the spine extremities, else a fine, crisp copy in a VG+ Dust Jacket with some very light soiling and missing some tiny nicks at spine extremities. No signature, bookplate or marks of any kind and the $2.50 price remains on the jacket flap. First printing jacket mentioning only ARUNDEL as a previous book 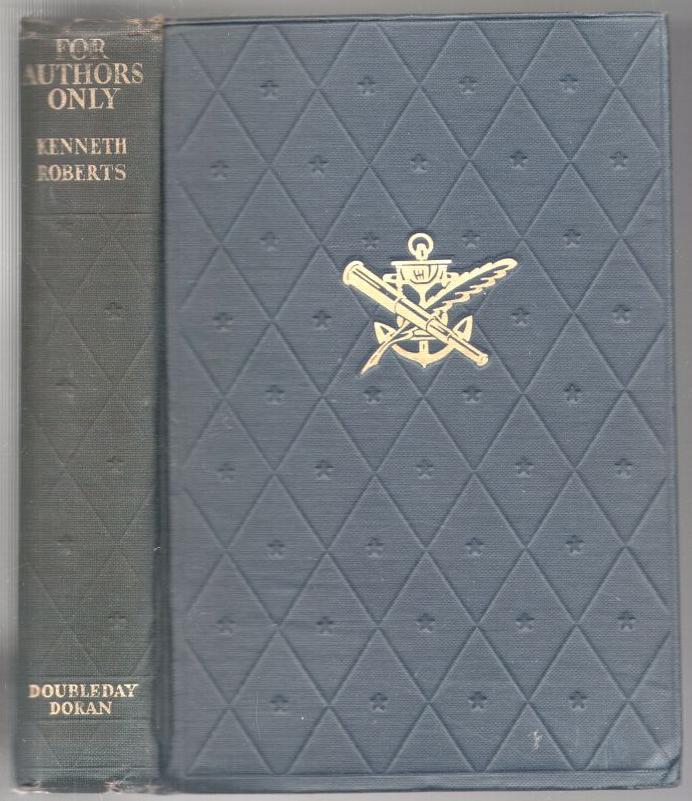 For Authors Only and Other Gloomy Essays

Condition: A VG copy (no Dust Jacket) in which the front hinge is broken for 3/4 of its length. INSCRIBED BY THE AUTHOR on the front endpaper: "Inscribed for Clarence Wheelwright, who knows we State of Mainers aint as gloomy as we look. With the affectionate regard of his friend Kenneth Roberts. Christmas, 1937." In addition, Roberts' personal bookplate is pasted to the front endpaper

It Must Be Your Tonsils 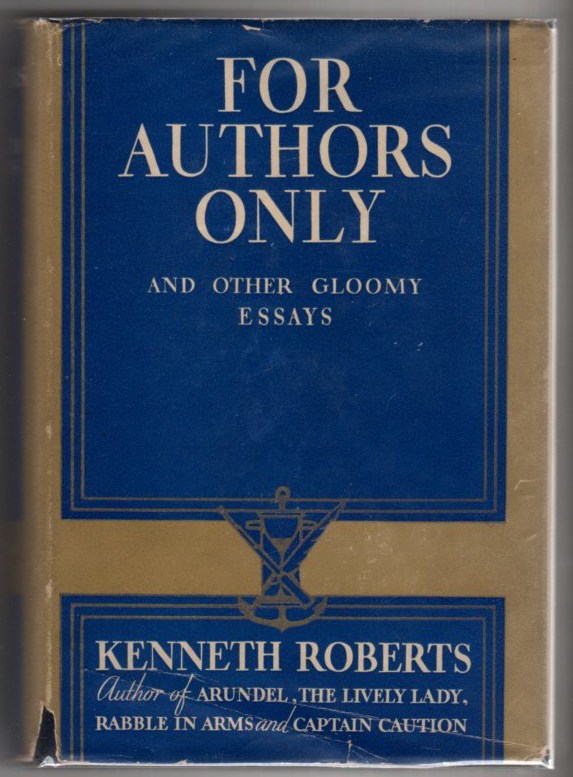 For Authors Only and Other Gloomy Essays 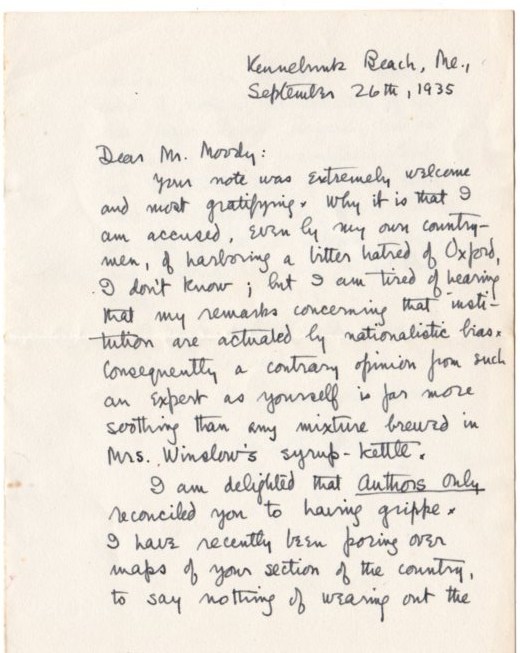 Condition: Two pages, on one folded sheet of plain stationery dated September 26th, 1935 to Paul Dwight Moody, President of Middlebury College. Near fine with some light browning and a faint crease caused by an additional fold

In which Roberts declaims having been accused, "even by my own countrymen, of harboring a bitter hatred of Oxford..." and informs Moody that his support "is far more soothing than any mixture in Mrs. Winslow's syrup-kettle." He continues that he has been "poring over maps of your section of the country, to say nothing of wearing out the roads, in an attempt to make sure of some of the activities of the late Major Robert Rogers." This was two years before the publication of NORTHWEST PASSAGE. Roberts received an honoray degree from Middlebury in 1938
View More... 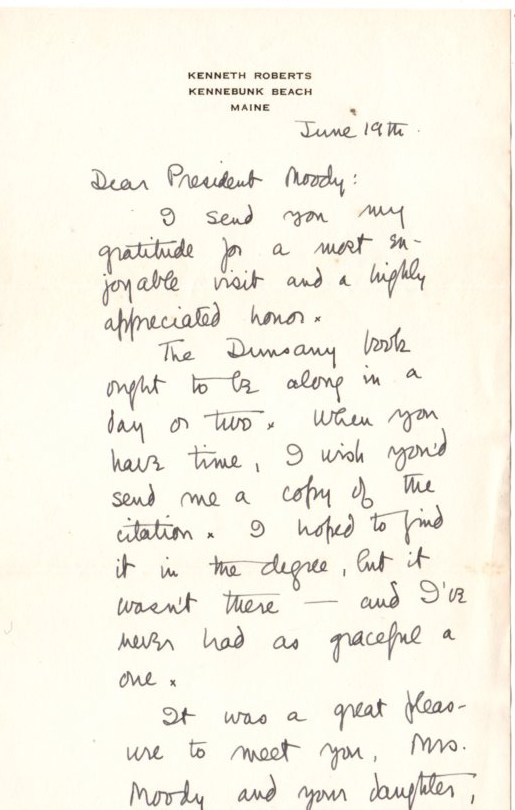 Condition: Two pages, on the author's Kennebunk Beach letterhead dated June 19th, [1938] to Paul Dwight Moody, President of Middlebury College. Near fine with some light browning and faint creases from having been folded

In which Roberts thanks "President Moody" for "a most enjoyable visit and a highly appreciated honor." He also mentions that "the Dunsany book ought to be along in a day or two." Roberts received an honoray degree from Middlebury in 1938
View More... 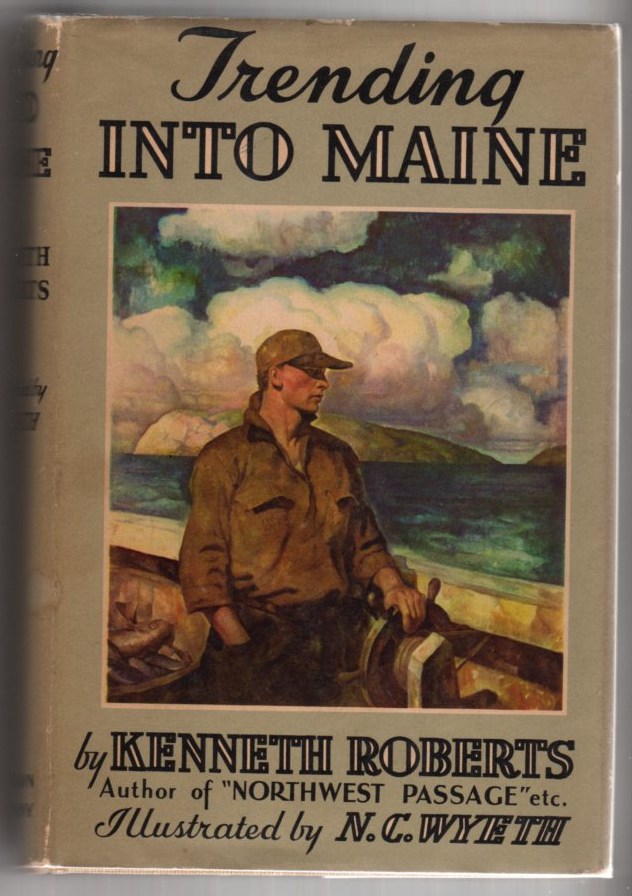 Condition: Owner's small signature on pastedown endpaper, a fine copy in a near fine Dust Jacket. First printing of the trade edition, preceded by a limited edition

Henry Gross and his Dowsing Rod

Condition: Fine in a VG+, price-clipped Dust Jacket with shallow wear to spine extremities. INSCRIBED BY THE AUTHOR and Henry Gross on the title page: "Inscribed for Mott Brown with best wishes, Kenneth Roberts and Henry Gross." First edition stated 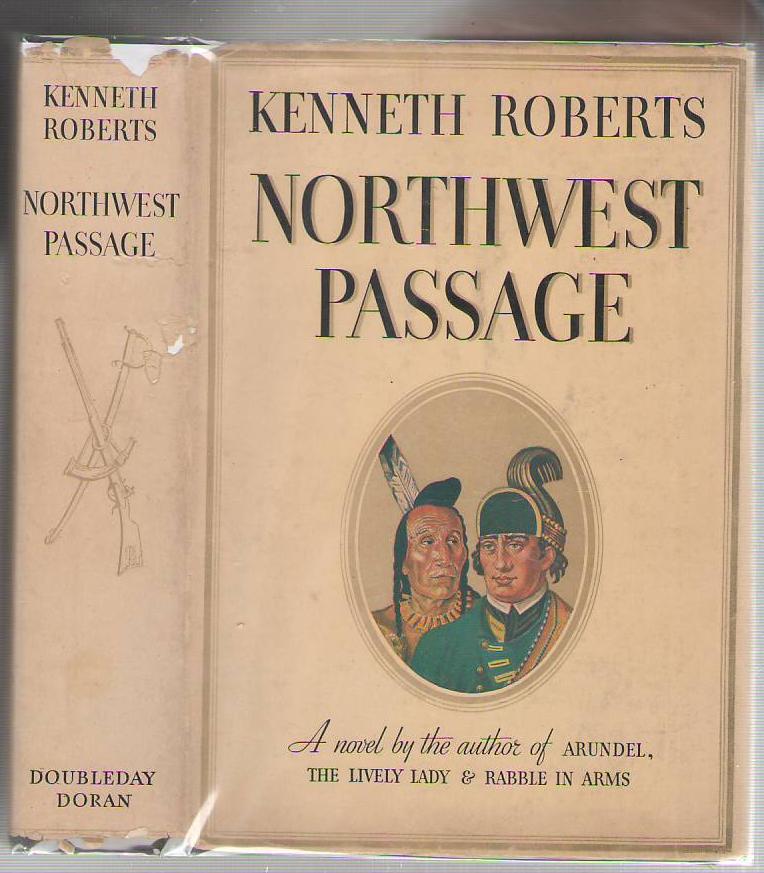 Condition: A VG+ copy with usual browning endpapers, in a VG original Dust Jacket missing a few tiny chips. INSCRIBED BY THE AUTHOR on the title page. This is the first printing of the trade edition, preceded by the two-volume limited edition 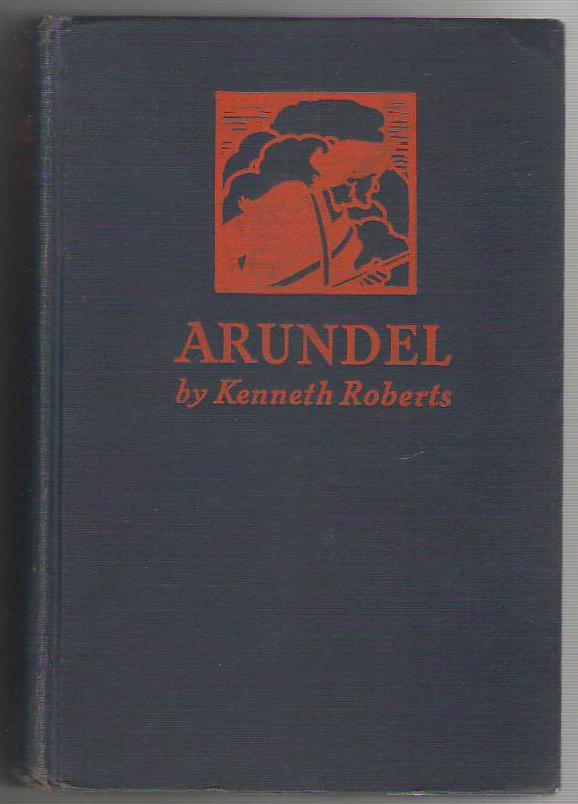 Condition: VG, solid copy (no dust jacket). Inscribed and SIGNED BY THE AUTHOR on the front endpaper: "For William B. Hibbs an expert Virginia sharpeshooter from his friend Kenneth Roberts, Kennebunk Beach, Me., July 4, 1930." First Edition stated on copyright page.

The author's first historical novel is set during the Revolutionary War
View More... 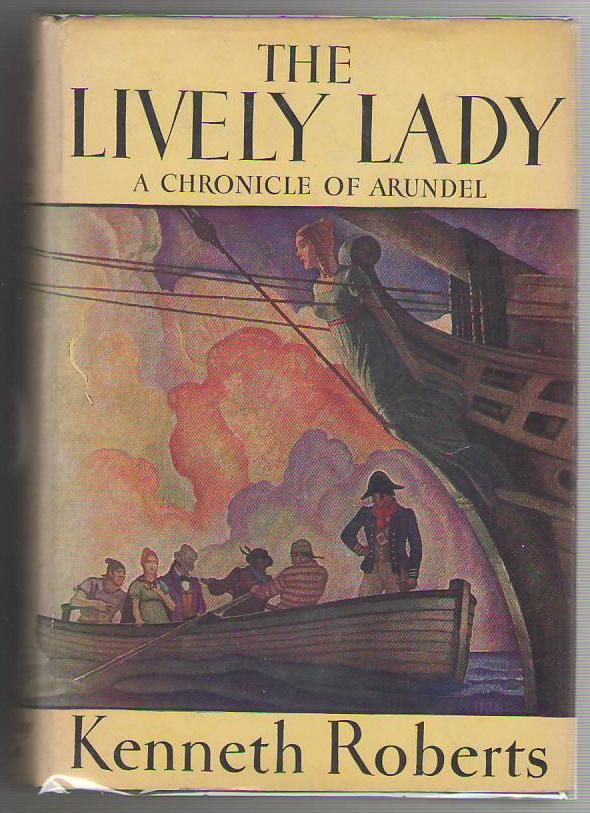 By 1935 du Bois had been appointed American consul at Naples and was involved in a tragic incident reported around the world. On February 21 of that year his two daughters, Jane and Elizabeth, jumped to their deaths from a Hillman Airways de Havilland Dragon Rapide airliner from a height of 1500 feet. Each had been engaged to pilots killed in the crash of a Royal Airforce flying boat off the coast of Sicily the week before
View More... 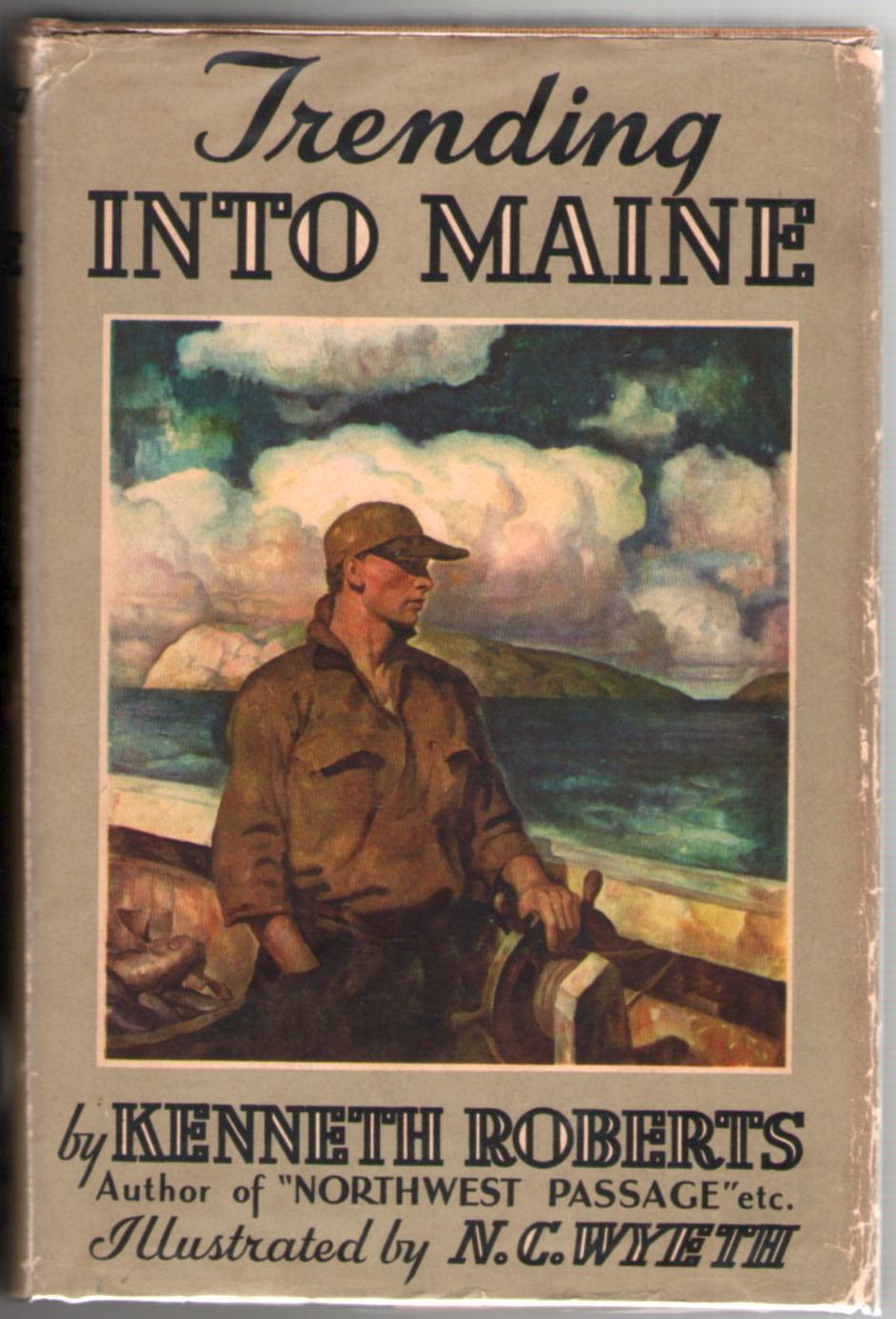 Condition: A fine copy in a VG+ Dust Jacket with light wear to folds. SIGNED BY THE AUTHOR on the front free endpaper. First trade edition, 4th printing (June, 1938) preceded by a limited edition

Condition: A fine, bright copy (no Dust Jacket). 4th printing of the trade edition (preceded by a limited edition) 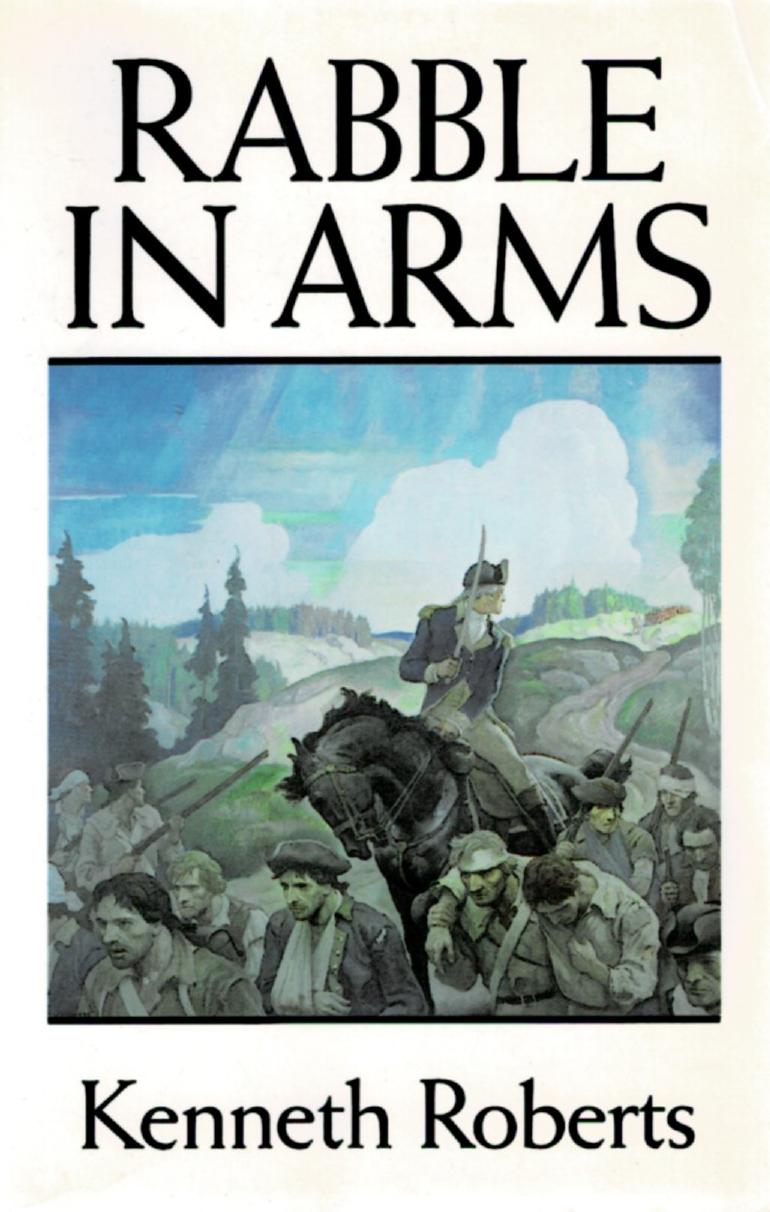 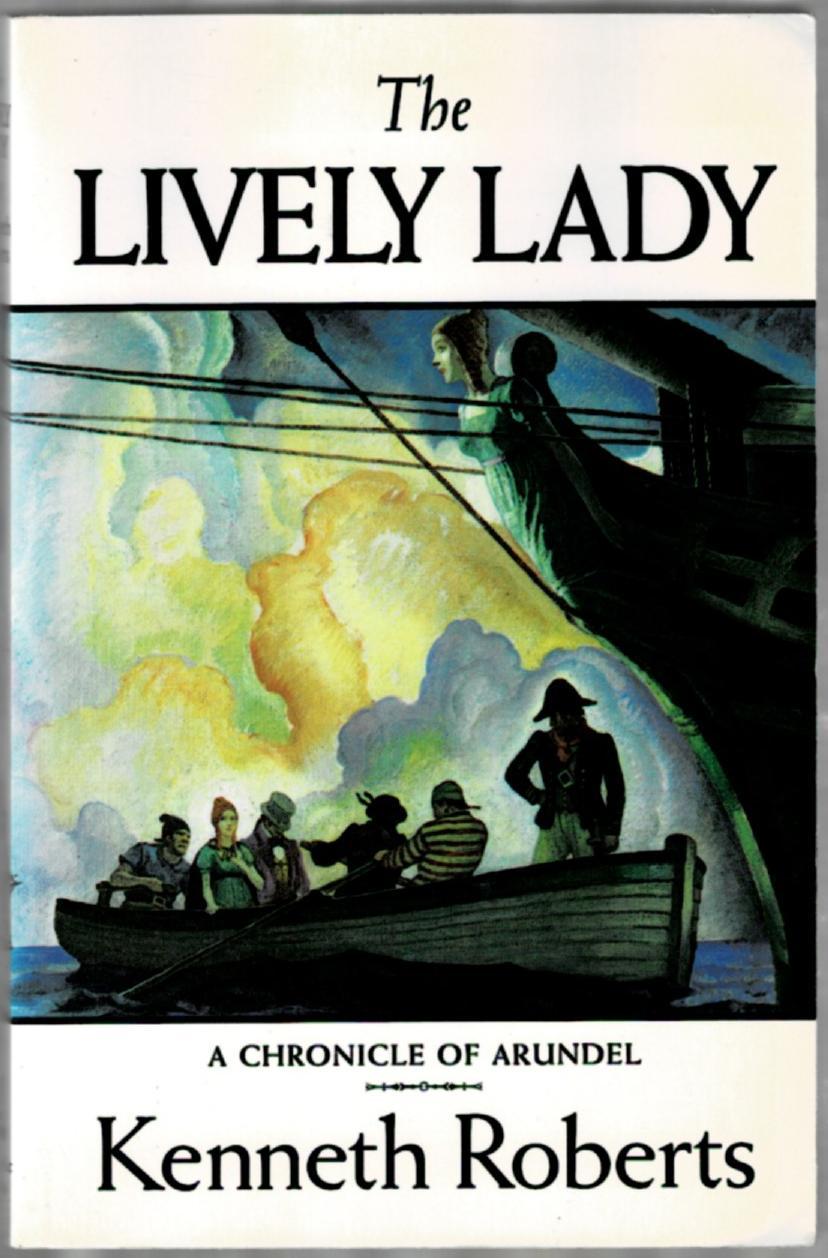 The Lively Lady: A Chronicle of Arundel

Trade paperback, fine in wraps. Set during the War of 1812. Originally published in 1931
View More... 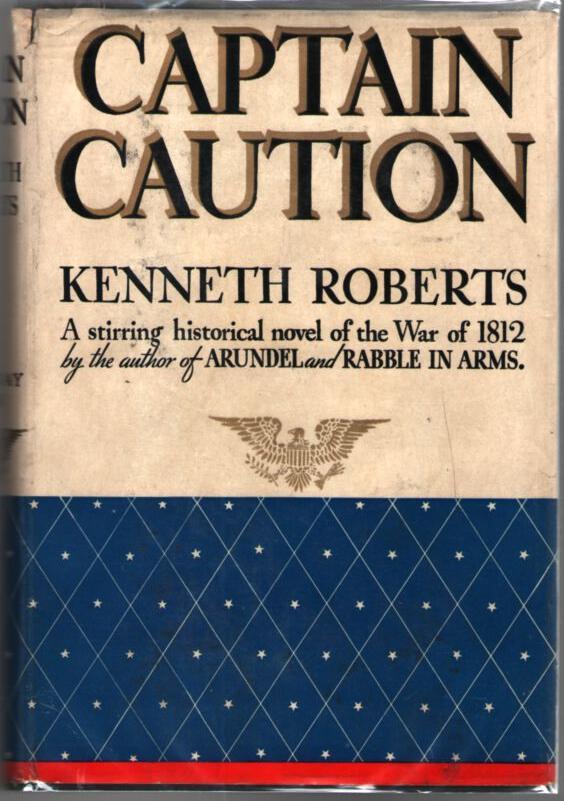